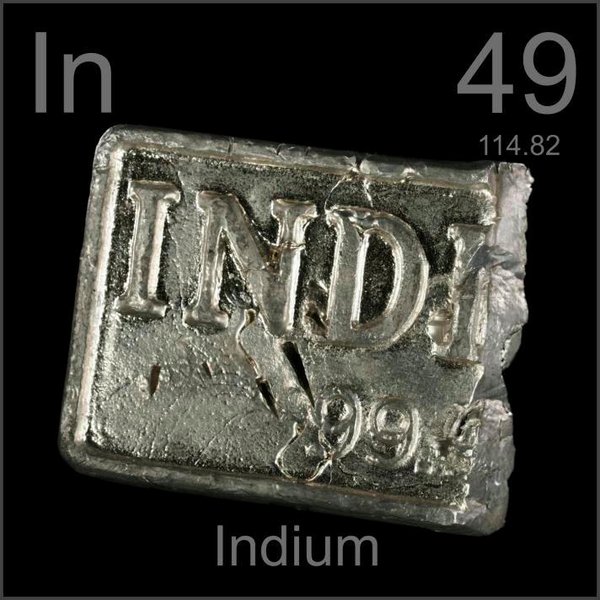 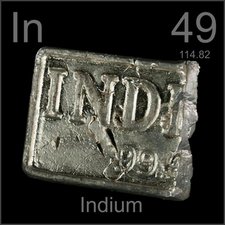 Indium is a chemical element with symbol In and atomic number 49. It makes up 0.21 parts per million of the Earth's crust. Chemically, indium is similar to gallium and thallium, and it is largely intermediate between the two in terms of its properties.

Indium is produced exclusively as a by-product during the processing of the ores of other metals. Its main source material are sulfidic zinc ores. Minor amounts are probably also extracted from sulfidic copper ores.

The primary consumption of indium worldwide is LCD production. Demand rose rapidly from the late 1990's to 2010 with the popularity of LCD computer monitors and television sets, which now account for 50% of indium consumption. Increased manufacturing efficiency and recycling (especially in Japan) maintain a balance between demand and supply. According to the UNEP, indium's end-of-life recycling rate is less than 1%.

Most indium is used to make indium tin oxide (ITO), which is an important part of touch screens, flatscreen TVs and solar panels. This is because it conducts electricity, bonds strongly to glass and is transparent. Indium nitride, phosphide and antimonide are semiconductors used in transistors and microchips.

Since there is only very low concentration of indium in displays, from an economical standpoint recovery is not profitable. Therefore no dismantling guide is provided at this point.